Take advantage of the vicinity and accessibility of the Golden Island of Krk to explore its impressive history and heritage through breath-taking stories and curiosities that make it miraculous and mysterious at the same time. Or simply search for your favourite beach bursting with sounds, scents and colours…

In June 2005, an environmentally friendly municipal waste management system was introduced on the island of Krk, widely known as the “Eco Island of Krk”. It represents a comprehensive waste management model, the first of the kind in Croatia, which enables the disposal of all types of waste. Initially, five types of municipal waste were collected in public containers (organic waste, paper, PET, glass and residual waste).

The system has been upgraded over the years, and in 2014 a door-to-door waste collection system was introduced. Households now have their own waste sorting bins which are emptied according to a prearranged schedule.

In the rural parts of the island, where door-to-door system has not yet been implemented, there are still public waste container sets in 90 locations.

On top of that, additional containers are set up at a total of 17 beach locations during the tourist season.

At special collection points, packaging waste is purchased from citizens for a fee of HRK 0.50 per piece (PET, glass, aluminum).

Additionally, in front of every special collection point, a set of containers is available to all citizens and especially weekend visitors, 24 hours a day.

Around 19,500 tons of municipal waste are collected each year on the island, out of which as many as 12,000 tons during the summer months.

Currently, about 60% of waste is collected separately.

In the modern recycling centre, the sorted waste is processed and prepared for recycling, while the unsorted waste is disposed of at the Treskavac waste disposal site using state-of-the-art methods.

The following sorted waste is brought to the recycling centre, where it is additionally sorted, pressed and baled:

Thanks to the separate waste collection, recycling and composting, the island of Krk prevents over 83% of the total potential emissions of harmful gases produced as a result of the utilities sector activities.

By recycling waste, we reduce CO2 emissions by approximately 20%.

Greenhouse gas emissions in the utilities sector per capita on the island of Krk are 22% lower than the Croatian average.

Find out more at www.ponikve.hr 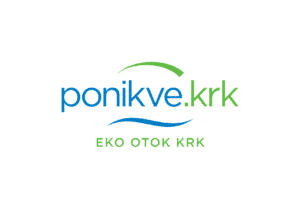 Today great attention is dedicated to the care of the environment. Apart from the blue flags that fly over the beaches of the island of Krk that are a public recognition of that claim, a series of various eco actions are undertaken, particularly the cleaning of the beach and the seabed.

Generally are these actions organized by local tourist boards in collaboration with local and foreign diving clubs.

The aim is to keep the sea clean and protect it from any kind of further devastation, by deepening and strengthening the friendship between those taking part who, by participating and working together, want, once again, to motivate the strengthening of awareness to the needs of the eco system and its numerous natural beauties.

This website uses cookies to improve your experience while you navigate through the website. Out of these, the cookies that are categorized as necessary are stored on your browser as they are essential for the working of basic functionalities of the website. We also use third-party cookies that help us analyze and understand how you use this website. These cookies will be stored in your browser only with your consent. You also have the option to opt-out of these cookies. But opting out of some of these cookies may affect your browsing experience.
SAVE & ACCEPT
Skip to content